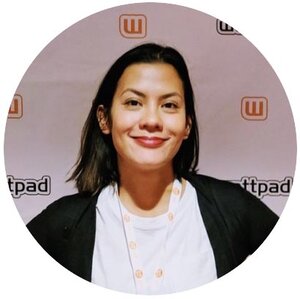 Dani Zacarias is Wattpad's Head of Content and Creator Development and leads a dream team of genre-agnostic story enthusiasts on a mission to find and develop the platform’s next big writer. Prior to joining Wattpad in early 2017, Dani worked at Worldreader as their Director of Content, helping to bring stories from around the world to readers in sub-Saharan Africa and India. Dani loves all stories but has a soft spot for science fiction and fantasy. She is a writer herself who always casts mixed-race characters into her stories (because growing up, she never got to read about characters like herself) and likes to use fantasy as a lens for examining real-world issues.

As the team on the front lines of identifying and making contact with the millions of writers on Wattpad, Dani and Wattpad’s Content and Creator Development Team sit at the crux of publishing, entertainment, and technology. They are the first point in a writer’s journey from uploading to the platform to making it big with a book, TV, or film deal. While Wattpad’s technology has allowed the company to find incredible diverse storytellers faster than ever, Dani’s team develops the programs that ensure Wattpad remains a deeply human community, a place where writers come to develop their craft, build a network of other writers, and are supported by a development team that understands their needs throughout the writing journey.

Dani Zacarias will join us at Tech Forum 2020 on March 25 for a session called The art and science of working with emerging writers.

In any creative industry — if you want to work with fresh talent and new ideas — you’ll have to work with some percent of creators who are doing this for the first time. Though rewarding and exciting, it isn't always easy: Greener talent might be more idealistic and less familiar with how the industry works.

At Wattpad, despite attracting many professional writers, working with a community of some four million writers means we end up working with first-time writers on a grand scale. We also have a unique brand advantage: All over the world, Wattpad is known as a friendly, safe, and positive space for everyone, regardless of age, race, creed, or nationality. Everyone knows they'll be welcome on Wattpad!

Both of these realities combine to create the perfect conditions for new, diverse talent with original ideas to flourish, but it also means that some new Wattpad writers must make a tricky transition: They go from simply writing for fun and for themselves, to writing for a growing audience. Writing becomes a form of work as they develop their careers as writers. At the same time, Wattpad becomes a serious business partner to them, providing deadlines, editorial support, and a platform to make money! How we address this transition creates a series of fascinating challenges and opportunities: In order to be a space where fresh ideas and diverse talent get their start, it’s important to create an environment where they can develop their craft, from cutting their teeth on early drafts all the way through to becoming seasoned writers.

Challenge #1: This was supposed to be fun but now it looks a lot like work

For new writers on Wattpad, instant feedback and encouraging comments are often addictive enough to turn a casual hobby into something more serious. The writer who could never finish a story is suddenly posting on a regular schedule and has completed full novels. Along the way, they might find a fan base for a story it would have been hard to predict would work: Maybe their story features characters that we don’t see enough of in the mainstream or it's a genre mashup that has to be seen (or read) to be believed.

While this first shift toward becoming more serious might happen so slowly a writer does not consciously realize it's happening, the next big shift will be very obvious. Our team will reach out to them and ask if they would like to join the Wattpad Stars Program, an exclusive program for Wattpad’s most influential and promising writers. Once in the Stars Program, they will be one step closer to some of our most coveted opportunities: movie and publishing deals, a chance to sell their story on Wattpad via our Paid Stories program, working with brands, exclusive contests, and so on. However, expectations are also set at this point: They'll begin to receive constructive feedback on their work and be given access to educational material about the industry and their craft. In other words, we’ll be there to support them on their journey from hobbyist to professional but the transition requires investment from them, too.

Challenge #2: We still want the best for our writers, but we’re working together in a new way

When a Star is approached with a business opportunity, they'll begin to interact with new teams at Wattpad who handle partnerships and business arrangements. We’re now guiding writers through a new phase in their career! And this means there will be contracts to be signed, meetings that can’t be missed, correspondence that requires a timely response, and an expectation of increasing openness to feedback around their story.

However, because of their time in the Stars Program, none of this will come as a surprise. They'll recognize the contracts, understand the trade-offs, and understand that while they might want a friend, what they really need at that point in their career is a professional.

Outside of Wattpad, new writers potentially have to wait a long time before they get feedback or build a fan base. Since success is often predicated on being able to navigate the industry, this winnows the field of writers down to those with enough savvy, privilege, or connections to do so. And when success finally happens, it might mean the first professional interaction they have is with an agent or publisher, someone who has to invest heavily in them while taking on a story without a proven track record of success or an established fan base.

Writers who grow their careers on Wattpad are a little different. They tackle all of the hardest parts of writing at the same time: writing a compelling story, while simultaneously growing their fan base and improving their craft. This is great news for the writer; it means they maintain a closeness to the parts of the work they love throughout while also developing as a professional writer. It's also great for the entertainment industry as a whole. Wattpad’s brand image as a friendly, inviting platform and the staged process we deploy to nurture talent means more diverse writers and their stories will make it into print, movies, and into all of our lives.

Dani Zacarias will be talking more about working with emerging writers at Tech Forum on March 25, 2020 in Toronto. You can find more details about the conference here, or sign up for the mailing list to get all of the conference updates.